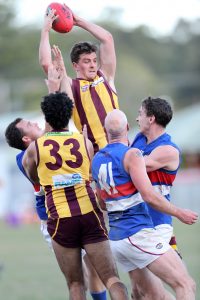 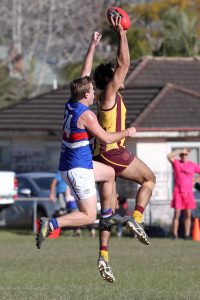 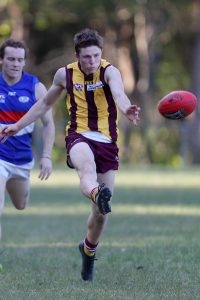 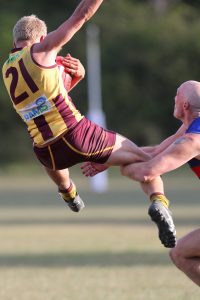 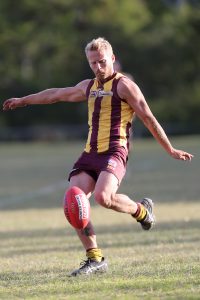 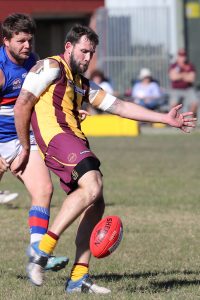 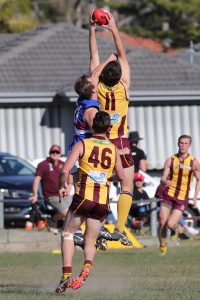 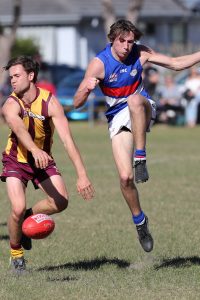 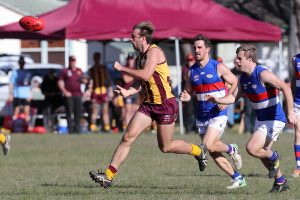 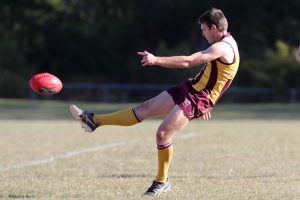 This week saw us play our last ever game at The Nest as we took on local rivals Warners Bay. A hot day for us was always going to be a tester for our fitness and discipline. With 14 Toms in the side, we were excited to finish off the regular season on a positive and cement a top 3 finish. 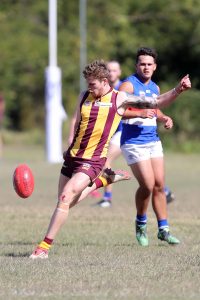 A fast-paced 1st quarter, especially by our under 17’s guns, Tyson and Connor, saw us get off to an early lead only minutes into the game. We delivered the ball effectively into the forward 50 with 2 goals also to and even a goal to the ruckman Edseroni. We went into the break leading 6.5-41 to 1

The 2nd quarter saw much of the same free-flowing footy. Effective clearances saw a nice spread of goalkickers, with 5 different players kicking goals for the quarter. Toby and Lash shone on the wings, providing great options linking options around the ground and good deliveries inside 50. We went into the halftime break with a commanding 71 point lead.

With such a lead and it being such a hot day, we changed up the midfield options to conserve energy and give some blokes the chance to get their hands on some more footy. Regan impressed through the midfield throughout the day as a backup ruckman as well as a rover. Another dominating quarter saw 4 different goal kickers, with Wivell snagging 3 for the quarter. We finished the quarter with a health 112-5 lead after kicking 6.3 for the quarter and only conceding 3 points for the quarter.

The last quarter saw our frequent rotations allow for most guys to be still feeling fresh and this showed as we ran over the top of a tiring Bulldogs outfit. We kicked 8.3 for the quarter and kept Warners Bay scoreless, which was a credit to the boys for not easing up for 4 quarters. Tyson impressed with 6 goals for the day supported nicely by Wivell (5) and Ryno (4). 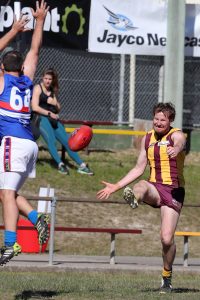 A good way to end our time at the nest with Warners Bay only scoring 5 points in the past 2 games against us, to a whopping 286. Now it is time to turn our focus towards finals as we look to take on Kilarney Vale in the first round of knockout finals which will be a thrilling Grand Final rematch. We play at 10am on Sunday and Don Small Oval Wyong where we hope we can get some supporters to cheer the boys on as we look to challenge for another premiership. 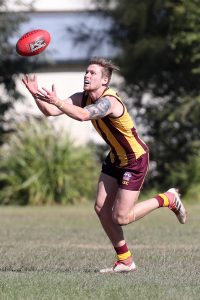 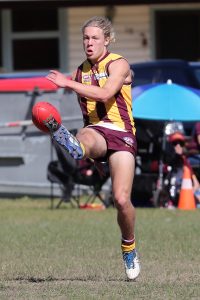 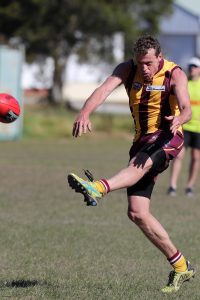 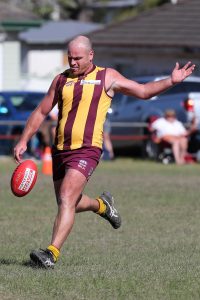 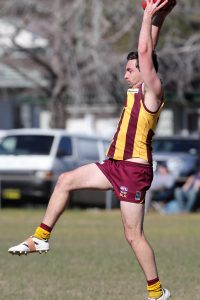 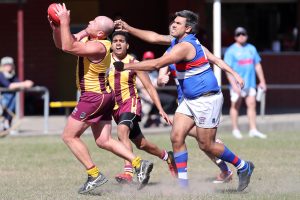 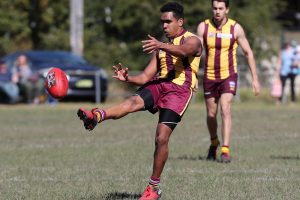 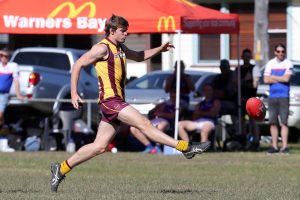 The birds flew from the nest to take on The Power

Katie Blues has confirmed that they had a nice shower

A sea of maroon took over Medowie

Cooky was late, wait.. so was Yowie

The birds were keen to end on a high

Once again, Shez and Abbey had a little cry

Cooky knew we “had a sniff”

We are maroon and gold, we play for Cardiff 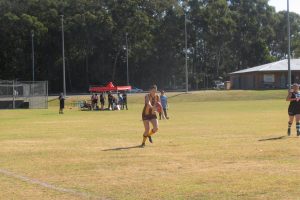 First quarter started and the game had begun

The clearance count Arizona -1283 to Port Stephens- none

The handballs out-the-back came without reason

Bounces were a plenty as our experience took over

Our rucks were dominating and so were our rovers

In the second quarter we displayed our team structure and connection 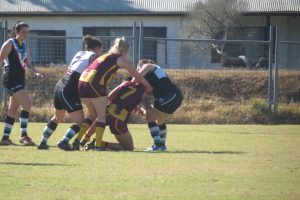 The power down on numbers but that wasn’t their fault

With Eloise down the wing we thought it was Usain Bolt

Going into half time our lead had extended

Our professional nature is to be commended

The third quarter came and the game started to lift

Cardiff decided to give the power a gift

Through the use of Eloise, the power became bolder

Until tight number 3 gave her a good hip and shoulder

At the age of 16, Eloise did the team proud 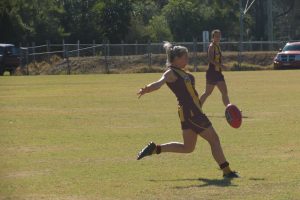 She helped out the opposition and became their best on ground

Isaac Heeney’s mark of the year was to be mentioned

But talk about the one that was caught by Miss Standen

Going into the last break, the end was approaching

The birds have come so far with their commitment and coaching

Fourth quarter started and the birds had to finish 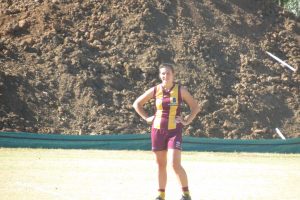 We wouldn’t let our effort or passion diminish

The goals kept on coming as we silenced Port Stephens

Four of our birds kicked their first goals of the season

We’re not just a team, we’re all facebook friends.

This team means more to us than you will ever know

Our collarbones are weak but our love is strong

We’ve loved nothing more than hearing you sing the song

Rest up and take it easy, enjoy your off season

If you don’t come back next year, you better have a good reason. 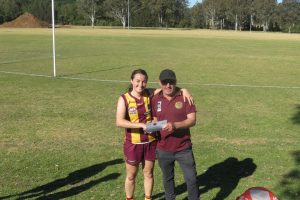 Love Shez & Abbey (the proudest captain & vice captain there ever was). 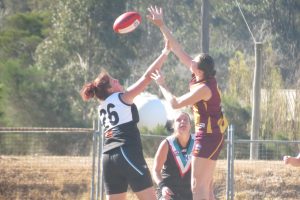 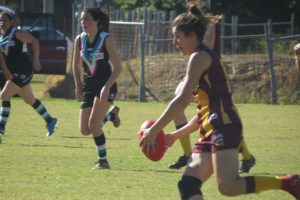 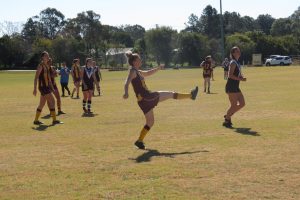