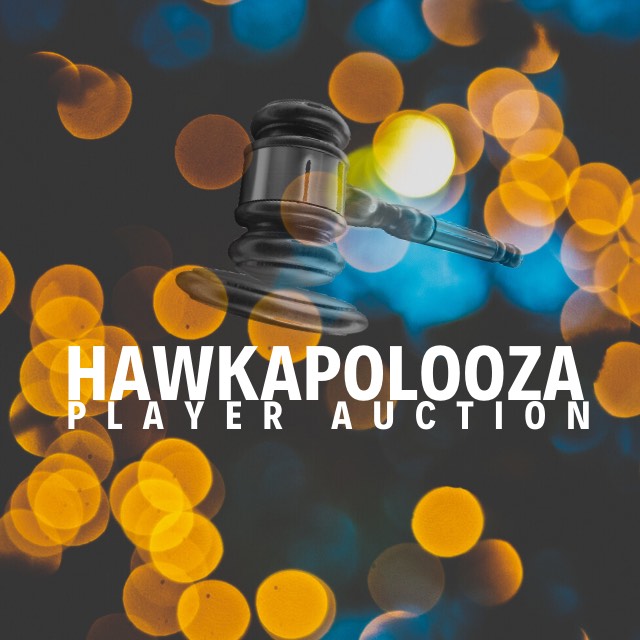 What is it and how to get involved?

Cardiff AFL will be holding a “player auction” throughout the 2020 season to add a bit of fun, win great dollar prizes and raise some money for your club. The idea is to group a number of players and auction each group. The winning bidder then owns the players in that group. If one of those players wins one of the club awards like best and fairest then that group wins the designated dollar amount. There are also weekly prizes to be won.

The list of 10 player groupings should be analysed carefully. This is an auction that will allow you to bid for the right to own those players. Starting bid for all groups in $100.

Initial bids will be accepted via online auction site https://www.32auctions.com/cafcplayerauction2020

The live auction will occur at the 2020 Season Launch on Saturday March 21st 2020. To secure your ticket follow this link http://tdy.cl/se/IU3fM-w

If you feel that a particular player (or players) in a group represent a good chance to do the following throughout the year, then you should seriously consider joining the bidding process as it occurs.

If you ‘own’ that player, then you will receive the dollar amounts as described on the below Payment Schedule from the pool of money accumulated throughout the bidding process. The exact total dollar amount will not be known until the final pool tally is calculated after bidding has been completed.

Create a syndicate to pool your money to give yourself a better chance of winning a group. In the past, groups have gone for over $1000 with highest ever being over $5000

Early groups often represent good value in terms of amounts bid, owing to the pool having not yet grown sufficiently to form a view.

A player who might be regarded as a regular First Grader may be returning from injury through the Reserves. There is a good chance he might pick up the match day award on several occasions, or indeed poll heavily in the Reserves B&F in just a few games.

Having similar weighting on First and Reserve Grades in terms of dollar returns, means that all players are deserving of a bid and represent good value in the whole exercise.

The Auction will be conducted in the spirit with which you would expect. It is designed to allow a bit of fun and keep an interest throughout the season

3.       Bidding will continue in each group until in the opinion of the auctioneer, there are no more bids.

4.       Bids will be accepted from the floor as well as online through the auction website.

5.       The amount bid, and by whom, will be recorded and a progressive total of the pool will be displayed. It is also recommended that bidders keep their own record.

6.       It will be up to the bidder to calculate the potential return from your purchase, which may in turn influence, the amount of money they are prepared to bid.

7.       All wins throughout the season will be paid according to the percentage scales described in the Payment Schedule.

8.       The free kick award is that player who receives the first earned free kick given under the rules of the game. Examples which do not count as “earned” will be any free kick arising from a centre bounce infringement by a player going over the centre square, or a free kick given for “out of bounds on the full”.

9.       If a match is not played for any reason, the weekly awards will jackpot to the next played round.

10.   If you buy a player who is injured, or suspended, or misses matches for any reason whatsoever, there is no return of any portion of your investment.

11.   In the event of a tied winner, the prize for winner and runner up will be split evenly

12.   In the event of a tied runner up, the prize for runner up will be split evenly

13.   If there is a rule genuinely overlooked, then the Club President will arbitrate accordingly.

14.   All amounts accepted as successful bids must be paid to the Club on or before Round 2